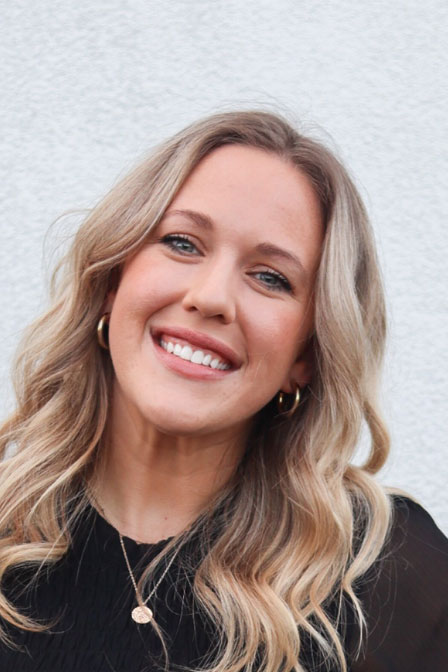 Dr. Gabrielle Torgerson is originally from Minnesota but has been living in the Southwest since 2015. She currently works at Imagine Dental Phoenix as a General Dentist practicing everything from fillings and other restorative treatment, to implants, and even Invisalign.

Dr. Torgerson graduated Cum Laude in 2014 from Minnesota State University, Mankato with a Bachelor’s of Science in Biomedical Sciences and a minor in Chemistry. She spent time working as a Dental Treatment and Benefit Coordinator at a dental office in Phoenix, AZ before going to dental school in 2016. Dr. Torgerson graduated Magna Cum Laude from the Herman Ostrow School of Dentistry of USC in Los Angeles, California in 2020. While at USC, Dr. Torgerson was a Community Health Selective, working with low-income families in remote areas of Central and Southern California and Tijuana, MX. She also spent two years working with the homeless population on Skid Row and helping patients who were transitioning between prison and the outside world. Dr. Torgerson received many awards while attending dental school including earning a spot on The Dean’s List seven out of eleven trimesters, The Frank Lott Memorial Award for Outstanding Performance in Removable Prosthodontics, Exemplary Student Ambassador Award for being a Model Student Ambassador for USC , Eleanor J. Bushee Memorial Award for Academic Excellence and Outstanding Leadership, and the Carol Ann Pincus Memorial Scholarship for Outstanding Commitment to serving underserved populations of Southern California. During her time at school, Dr. Torgerson also did a two-week Mission Trip where she performed free dental care to the impoverish populations in Cusco, Peru.

“I truly believe that a smile can change the world and is the only Universal language of happiness. If someone can feel confident about their smile, I believe that, not only does their life get better, but those around them also feel the happiness being exuded. My goal in Dentistry is to help people get their smiles back so that they can confidently go out into the world.”

When she’s not at work, Dr. Torgerson loves cooking, baking, hiking, and petting as many dogs as she can.